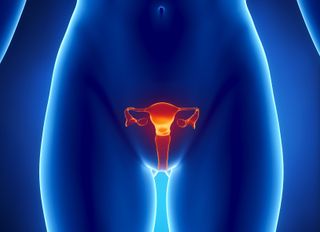 Women in their mid to late 30s and early 40s with infertility constitute the largest portion of the total infertility population. These women are also at an increased risk for pregnancy loss. This reflects a decline in oocyte quality and a diminished ovarian reserve as a result of follicular depletion. Ovarian reserve is a term that is used to describe the capacity of the ovary to provide eggs that are capable of fertilization resulting in a healthy and successful pregnancy.

While there is no gold standard for assessing the ovarian reserve of individual women, its indirect determination has been used to help direct infertility treatment.

In recent years, anti-Mullerian Hormone (AMH) has been suggested to be a more useful predictor of ovarian reserve. AMH is expressed by the granulosa cells of the ovary during the reproductive years, and controls the formation of primary follicles by inhibiting excessive follicular recruitment by FSH. In 2005 Tremellen reported that plasma AMH concentrations start to drop rapidly by age 30, and are ~10 pmol/L by the age of 37. David has blogged previously about the use of AMH as a predictor of IVF outcome.

Using a cut off value of 8.1 pmol/L, plasma AMH could predict poor ovarian reserve on a subsequent IVF cycle with a sensitivity of 80% and a specificity of 85%.     In 2008, Riggs and colleagues confirmed that AMH concentrations correlated the best with the number of retrieved oocytes relative to age, FSH, inhibin B, LH, and estradiol.

High concentrations of AMH can also be present in women with polycystic ovarian syndrome (PCOS), a cause of female infertility.  Therefore, in PCOS patientsAMH should not be used alone, but should be combined with transvaginal ultrasound to count the number of follicles.

Women who are diagnosed with diminished ovarian reserve should be counseled regarding options such as oocyte donation or adoption.

Should I get my iodine measured during pregnancy?