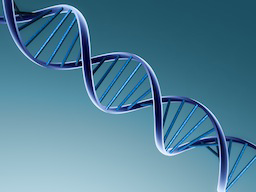 It has been several years since cell-free DNA (cfDNA) tests for the detection of fetal aneuploidies became available. The first clinical studies of these tests were reported in women who, because of age or other reasons, were already at increased risk of having an affected pregnancy (i.e. “high risk” women). While these studies demonstrated the superior performance of cfDNA tests compared to traditional biochemical tests, their application to women at low risk was not encouraged because of lack of evidence regarding how well they would work in that population. A recent report on cfDNA screening tests in the general obstetrical population now provides much needed evidence.

Investigators at Brown University described several clinical utility aspects of cfDNA screening for common aneuploidies through the implementation of a statewide program called DNAFirst that offered cfDNA screening tests to the general pregnancy population in the state of Rhode Island. The clinical utility aspects that were investigated were a comparison of screening uptake rates before and after the DNAFirst program, an evaluation of a reflexive serum testing protocol for cfDNA tests that failed to produce a result, and explored women’s decision-making.

Over 11 months, 2,681 women agreed to undergo screening through 72 providers. Prior to undergoing testing, the women received information about cfDNA testing by primary obstetrical care providers. The median maternal age was 31 years and 79% of the women were younger than 35 years of age. There were 16 positive (i.e. abnormal for trisomy 21, 18, or 13) cfDNA results, 12 of which were confirmed as true positive and 4 of which were false-positive. 2,515 women had a negative screening result and all were true-negatives. 150 tests failed to produce a result (none of which were known to have trisomy). Collectively, these data produced a sensitivity of 100%, a positive predictive value of 75% and a false-positive rate of 0.15%. By comparison, the most effective biochemical screening test (the Integrated test) has a 90% detection rate, a 3% false-positive rate, and a positive predictive value of only 6%.

A small number of women who participated in the study (113) completed a survey asking them about their understanding of cfDNA testing. Women reported receiving information from their care provider in 9 minutes or less. While 85% understood that the test identified Down syndrome, 15% incorrectly thought it identified all genetic problems. 79% understood that a negative result did not rule out Down syndrome but 13% thought it did. These survey results suggest that most women do understand the basic concepts of cfDNA screening.

The study’s authors concluded that cfDNA screening tests perform very well in the general pregnancy population and that women understand the basic concepts of screening. Further, the tests were easily incorporated into routine practices. They encouraged clinical laboratories to offer cfDNA screening tests to improve access to better aneuploidy screening for the more than 2 million pregnant women in the United States who choose to undergo such testing each year.

Molecular testing for Down syndrome: proceed with caution